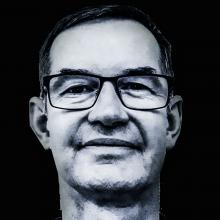 Domestic and International Operations Manager, The Unity Initiative
Shaun Greenough has been in UK Policing for over 36 years having joined in1983 and is recognised as one of the most experienced former Operational Counter Terrorism Police Officers in the UK. He has worked multiple high level operations that have saved hundreds of lives. This has included the Transatlantic Bomb plot, one of the biggest Al-Qaeda plots to have ever been foiled.

His main area of expertise has been intelligence acquisition and intelligence management and for the last 12 years he has engaged in Counter Terrorism Policing in a wide range of roles, including managing intelligence gathering and assessment within several different departments.

More recently, Shaun has been working in the Prevent arena, initially being involved in the Channel Programme and then within referral management. He has also managed a wide range of intervention work both within the Channel Programme and outside of it. Within this role he has worked alongside active investigations and intelligence operations where Prevent activity has been required.

Shaun now works with The Unity Initiative, using his vast experience to create a safer world.