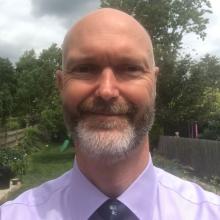 Director, Risk to Resolution Ltd
Following a 36-year career in policing and the military, Nick finished his career as a Detective Chief Superintendent in Counter Terrorism Policing where he held the role of National Coordinator (Protect and Prepare).

He led the operational protective security responses to the London 2017 terrorist attacks and prior to that was the Chief Inspector of policing and security operations at the UK Parliament. Most of his career was spent in uniformed operations and included EOD search and VIP protection as well as leading armed response teams in London.

Nick met Figen Murray in 2018 and they quickly established a common aim of wanting to improve the legislative landscape as well as forming an enduring friendship.  Working together, Nick was able to align his knowledge of protective security needs alongside Figen’s ability to articulate the impact that terrorism has on victims, survivors and their families.  This created a compelling case for change that the government listened to and are now committed to Martyn’s Law, known formally as the Protect Duty.

As well as campaigning, Nick is now working with the Home Office and a private sector sponsor, Pool Reinsurance Ltd, to develop some of the supporting infrastructure to make Martyn’s Law a success.  He is a regular media and conference commentator and writes for a variety of publications.

Outside of work, he coaches a minis rugby team, is learning to play the violin and has an expensive fascination with racing cars!