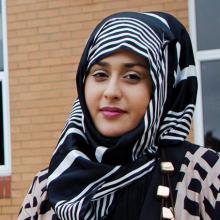 Angela works one-to-one rehabilitating female offenders, as well as British women who spent time with the Islamic State in Syria. A convert to Islam and a registered NHS doctor, Angela co-founded TUI with her husband, Usman Raja, in 2009 and has worked at the grassroots level, tackling issues such as physical/emotional/sexual/domestic abuse, honour violence, violent extremism, and hate crimes. She has advised the UK Department of Education on issues relating to Islamic education.