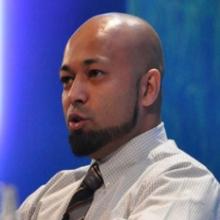 Shaikh was subsequently involved with the ISIS social media boom having infiltrated their networks online and deals with the Foreign Fighter file including Returnees and rehabilitation at the international level. He has a Master of Policing, Intelligence and Counter Terrorism (MPICT, Macquarie), is an external SME (Subject Matter Expert) to international diplomatic and expert institutions, and trains police, intelligence and special operations forces on a range of topics.

Shaikh is currently a Professor in the School of Public Safety at Seneca College, and a Counter Extremism Specialist for the NGO, Parents for Peace. Shaikh is also co-author of the acclaimed book, Undercover Jihadi and is featured in a permanent exhibit at the new International Spy Museum in Washington, D.C. under, ‘Preventing Terror’.